Benjamin Franklin told us that the only things certain this world are death and taxes, but COVID has added something new to the list: uncertainty. That applies to every corner of B2B marketing and lead generation, of course. 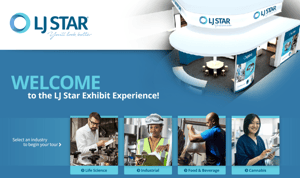 As marketers begin making plans for 2021, one of the largest items in any B2B budget is the trade show line item. Should we plan to attend shows next year, with attendance likely to be lower until the latter half of the year and into 2022? Should we begin participating in the virtual trade shows many event organizers have pivoted to offer, and will your customers/prospects even attend those virtual events?

It’s hard to know where to place your budget bets. For many companies, shows are the largest line item in their marketing budgets. While the cost/lead is typically the most expensive lead you’ll generate (about $200-800/lead on average depending on the study you read*), they’re critical for creating face-to-face selling opportunities for many companies. Where else can you go and make 10-20 sales calls in a day to people you’re trying to reach? So, what to do in a post-COVID world? Here are some observations from the virtual trade show programs we've seen so far:

GGC has created its own virtual trade show product with all the interactivity and lead generation capability that any B2B marketing program should have. In addition, it’s a permanent online product, so it has far more value to a company than the temporary booth creations being offered today.

Consider a few of its features and advantages:

A Variety of Marketing Applications for Virtual Booths

We expect the permanent virtual booth to allow B2B marketers to create a variety of messages that will boost participation and lead flow:

Scoping a virtual booth project is a simple task at this stage, with many of the elements repeating from booth to booth we're building. We just need to know the number of industries, products, kiosks, etc.

Thinking about how to make it work?  Let's brainstorm ideas.  Contact us today.