Jennie Ford, Digital Marketing Manager for Goldstein Group Communications (www.ggcomm.com), was a featured panelist at the American Marketing Association event in Cleveland on October 6.  The panel was one of a series of events connected to AMA’s Marketing Week.

END_OF_DOCUMENT_TOKEN_TO_BE_REPLACED Lois Moncrief, host of the “BusinessOnlineBlastoff” podcast, interviewed Joel Goldstein about his insights on his career in marketing communications and tips for others interested in the business. He shares his perspective on how he grew Goldstein Group Communications from a small public relations firm to the full service digital marketing agency it is today. Part 1 of the interview, which first aired on September 7, 2015, is titled “042: His Road to Success & Biz Tips for You”; Part 2, which first aired on September 8, 2015, is titled “043: Branding, Marketing, & Message.”

END_OF_DOCUMENT_TOKEN_TO_BE_REPLACED

A Conscience is a Terrible Thing to Waste

We recently posted our firm’s core values. Some might think that a marketing agency’s core
values should be whatever its clients say they are—“otherwise, shut up.” That might have been fine for Goldstein Group if it hadn’t committed to growing from its roots as a public relations (PR) firm, but any company that adds “Communications” to its name adds an obligation to its services for clients—beyond acting as a mouthpiece. If you look at GGC’s values, three of them deserve the media spotlight as practiced by any company—especially these days, with a number of high-profile p.r. agencies and executives stepping into it (the spotlight that is). They’re doing that because their clients have stepped into it (a spotlight, yes, but also something that’s a bit hotter and messier) and they require their agency’s help cleaning it up.

END_OF_DOCUMENT_TOKEN_TO_BE_REPLACED

Don’t Let Bigfoot Walk Away with Your Messaging 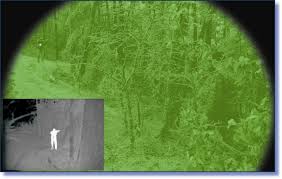 We all have guilty pleasures. Mine is getting up early in the morning and listening to the tail-end of Coast-to-Coast with George Noory. This is a forum for the weird. Everything from UFOs to vampires to shadow people are fair game for a national discussion among people with insomnia and a wild imagination—a scary but entertaining combination.

END_OF_DOCUMENT_TOKEN_TO_BE_REPLACED

The Most Creative Campaign in 22 Years

One of our most creative clients, Rhonda Stratton of Littelfuse, put together a campaign so tremendous, so inspiring and with so much impact that it quickly gathered the most awards of any program in our agency’s 22-year history (10!).  The Littelfuse Speed2Design program, which we were proud to support, quickly re-cast Littelfuse’s reputation as a supplier of an “after-thought” component, circuit protection, into a premier brand in its industry.  The campaign has generated thousands of social media followers, hundreds of articles and thousands of leads and contacts for the company’s prospect pipeline.

END_OF_DOCUMENT_TOKEN_TO_BE_REPLACED

Return of the PR News Release

releases we do for clients.  They were getting less magazine pickup than in the past, and the cost of the wire service distribution, while valuable, really adds up.

END_OF_DOCUMENT_TOKEN_TO_BE_REPLACED

PR Update: What’s Changed in What Editors Want From You?

END_OF_DOCUMENT_TOKEN_TO_BE_REPLACED

What can you do that I can’t do better for myself?

A salesperson for one of our clients came back from a sales call with that question ringing in her head.  She had a good answer, fortunately, but it’s a shocking question to hear from a customer.  It certainly applies to marketing agencies as well, of course, particularly today where everything changes so rapidly.  And we ask ourselves that every day to make sure we’re relevant, that we’re not old-school.

So what’s the role of an agency today?  Why hire an agency instead of building your own staff internally?  Good question.  Here’s some good answers: