Multi-Touch Marketing: A Concept Invented Just a LITTLE BIT Before You Might Think 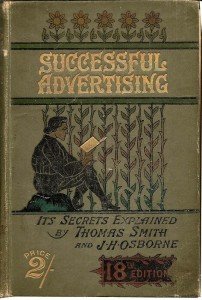 Thanks to Guerilla Marketing author Al Lautenslager, who shared this with us at a recent Entrepreneurs’ Organization event.  We’ve always known that running an ad once doesn’t make much of an impact.  Seems like that’s been common knowledge for quite a while!

The list you've just read was written by Thomas Smith of London in l885 in his pamphlet Successful Advertising.