Measuring Your Performance: Can You Beat IndyCar Racing With a Trip to Mars? 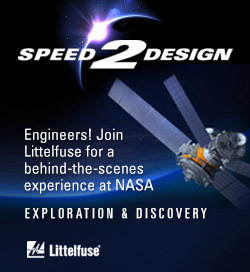 campaign to replace its successful Speed2Design 2012 IndyCar promotion.  The company created a racing-themed promotion the year before to take engineers “behind the scenes” at four IndyCar races as a way to tie its circuit protection devices to high performance technology.  And you can’t get much more demanding in terms of engineering performance than IndyCar racing.

Or so we thought, until Littelfuse marketing executives came up with the idea of taking engineers behind the scenes to Mars, or, more accurately, visits to two NASA facilities.  We knew engineers would love the IndyCar theme – most are attracted to racing technology if not as avid fans than admirers of the technology-pushed-to-the-limits nature of the sport.  But the response this year showed they REALLY love NASA, as we discovered that engineers are typically fascinated with all things space.

In wrapping up the campaign, we completed an analysis of the numbers.  They were pretty impressive:

These types of increases could be explained easily by a larger budget, but the budget for

2013 was flat compared to 2012.  Our campaign was tighter, more efficient and more focused, and certainly more appealing in retrospect to the engineering community.

As a lead generation campaign, it has few equals.  And its success was tied to the integrated approach it used, employing online advertising, PR, social media and video to generate attention.  Read more about the impact of integrated campaigns with our latest Lead Gen best practices ebook.