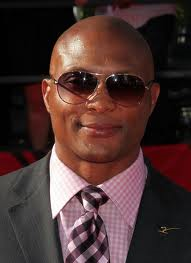 Eddie George – Heisman Trophy winner, football star at The Ohio State University, and star running back for the Tennessee Titans – shared some interesting observations about leadership to 200+ business owners who gathered in Columbus this week for the regional Thrive Conference put on by Entrepreneurs’ Organization.  Speaking on a panel about the challenges of leadership, George was asked about his lowest point and how he used his leadership skills to rise above it.  He described how toward the end of his career, his agent was planning to call him with offers from other teams who were interested in signing him for perhaps his last professional football contract.  The Titans had told him they were moving forward without him, and it was time to find a new team – a new job.  With a new wife and a baby on the way, George sat at his kitchen table and waited for a call that never came.  It hit him at that moment, he said, that his career was over, and that he had to write his life’s next chapter even though football had been all he had known.  He fought through a tough period of doubt, depression and ultimately positive self-discovery about values and what his life’s mission would be, and today is a successful business owner and family man who has successfully made the transition past professional football.

An interesting story for all entrepreneurs and marketing leaders:  “what’s your kitchen table moment,” and how did you rise above it?